Minnie Moe was an unconventional woman that no one can forget.  Anyone with any type of connection to Minnie Moe is proud to say it.

Historical records from Dayton City Cemetery show that Minnie Moe was born as Minnie Van Lew in Pennsylvania on December 25, 1877.  Minnie had one older sister named Lottie. Minnie’s funeral notice shown on the Blue Mountain Heritage website from an unspecified newspaper article dated June 1969 mentioned that she came with her parents (William H. and Eliza) to the Washington Territory near Dayton in 1888. (Other census records show Minnie’s mother’s name as Lydia or Lida.) A 1985 inventory form from the State of Washington, Office of Archeology and Historical Preservation shows that the family moved into a home in the 200 section of East Oak in Dayton. Further, that same form specified that William Van Lew ran a Grocery and Bakery, and was also an early newspaper publisher. 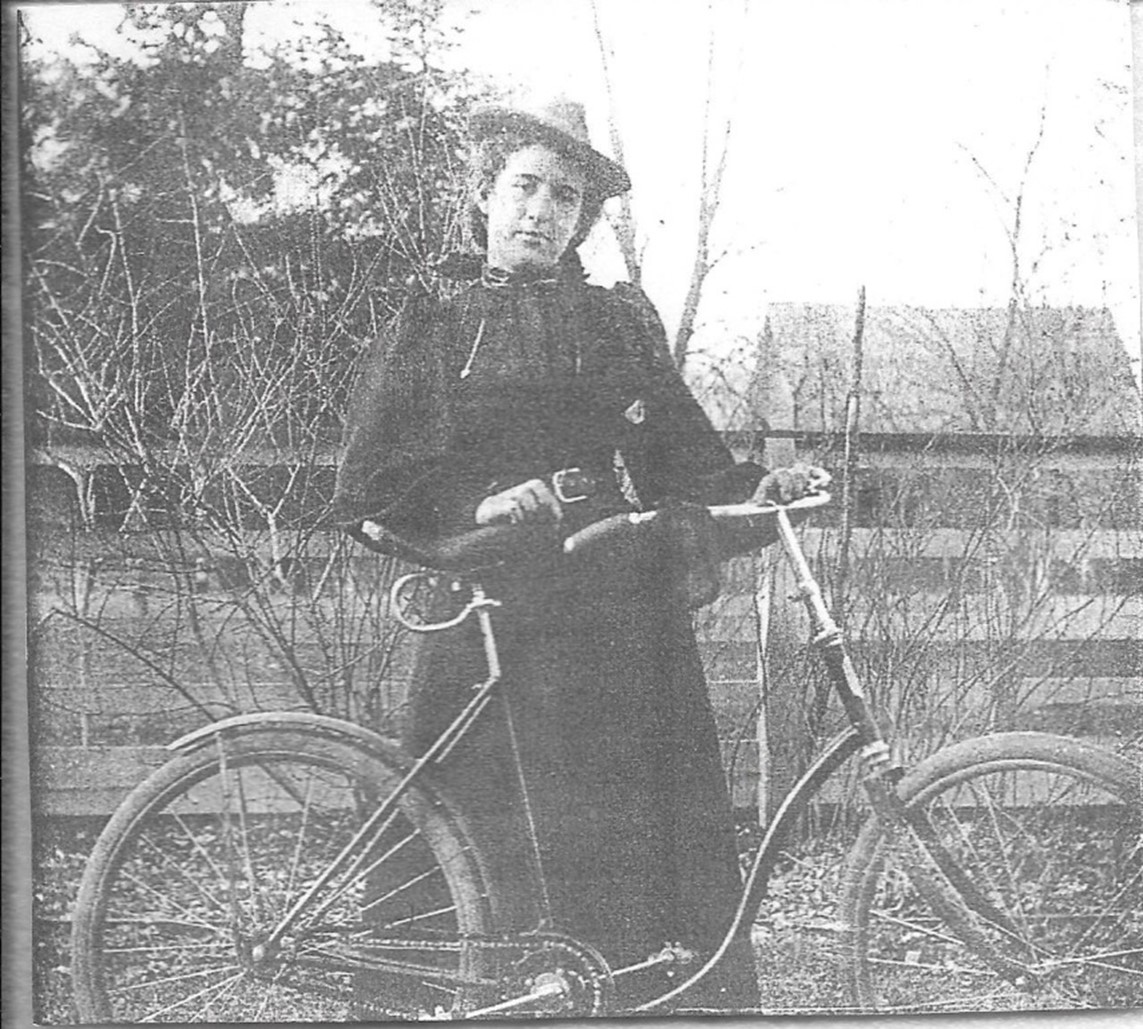 The Blue Mountain Heritage website contained a newspaper article regarding a Washington Department of Humanities grant for the Dayton Depot.  This article, titled “Grant Award to Exhibit Minnie Moe Photos,” indicated that Minnie was an amateur photographer. According to the article, from 1900 until 1920, Minnie’s photos featured people and events in casual and/or even comical poses to represent an un-paralled view of social life in Dayton during a period that is not well documented. No other photographer of that era produced photos with such interest and humor. Recently, Docents at Dayton Historical Depot disclosed that for the most part, subjects in Minnie’s photos actually smiled or had comical/amused expressions on their faces, unusual for photography back then.

Another newspaper article from the Blue Mountain Heritage website titled “Mrs. Moe to New Home” mentioned that Minnie married Harry G. Moe on October 19, 1905. The same article also revealed that their home (that was built originally of logs) on South 6th Street (Syndicate Hill) in Dayton was financed with a $50 down payment, the only money left over after their honeymoon. The home featured a very uniquely styled library built with two stories on the slope of the land in the rear, with a balcony overlooking it.

The Historical Significance narrative from the aforementioned 1985 State of Washington Office of Archology and Historical Preservation inventory form specified that Minnie and Harry were popular and held many wonderful parties in their distinctive home. Further, the aforementioned significance narrative mentioned that Minnie and Harry ran the Mission Confectionary and Ice Cream (with a beer tavern in the rear) on Main Street next to the theater from 1917 until 1937 when Harry died. It was often said that when you went to the theater, it was “10 cents for a movie and 1 cent for Minnie Moe” due to the sales of penny candy.

A newspaper article dated July 3, 1915 shows that in 1915, Minnie Moe helped capture an escaped convict.  The article disclosed that Minnie happened to drive to the Penitentiary with friends at the exact same moment an inmate was attempting an escape. The inmate was part of a jute gang carrying jute for a mill.  The noon whistle happened to provide a spot on escape opportunity, and the inmate went for it. Minnie ordered the guards to get their bloodhounds and “git in.” She put the pedal to the metal and after three miles, the bloodhounds found the convict hidden in a wheat field. Although a prison vehicle with more guards was following Minnie, the guards in Minnie’s car made the capture. The convict, who was serving a 15-year sentence for burglary, would have been eligible for parole in July that year, but parole was revoked after that stunt.

County Auditor records show that Minnie Moe sold Lot 3 of the Syndicate Hill home to Gerald Randolph in 1947. This lot is now one of two lots containing a home on East Tremont.  The rest of the actual home sits on Lots 1 and 2, and was sold to Albert Preston Radebaugh on November 8, 1948.  Minnie then moved back into her parent’s home on Oak Street.  She sold this home on January 23, 1967 to Arnold Harvey before relocating to South 2nd Street to what was at the time, the Robinson Nursing Home.  She died in June 1969 at age 91 and is buried to rest in Dayton City Cemetery.